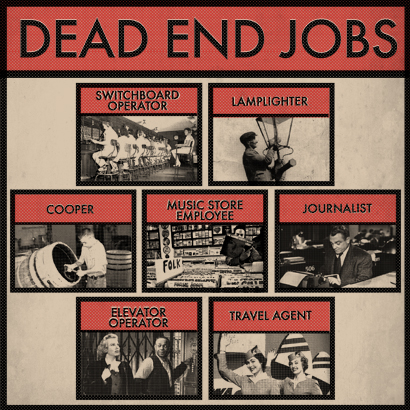 Is social media next?

I used to work for a prestigious college in the Westchester area as Director of Digital and Social Media.  While there, I was often invited by the heads of student organizations and other clubs to talk about what a career in social looked like and how students could properly use it: sort of like Social Media 101.  It was great. Until Q+A time, when I heard the following, over and over:

“I’m studying political science, but there are no jobs, so I’m just going to do social media instead”

“I’m studying biology, but it’s really difficult so I want to do social media instead. I do it everyday anyway and even manage my cousin’s pizzeria’s Facebook page.  What’s so hard about it?”

Today’s generation (and I’m referring to most millennials) seem to think that social media is a great “last resort” if they can’t secure a job anywhere else.  I especially see it with companies who hire interns to handle their social media: they tell the interns “Just make sure the page is updated”.

And once these former interns graduate and are hired by a company to actually do social media, they have already learned what I like to call “lazy social”.  They pin and post and tweet just for the hell of it…just because it has to get done…and somebody’s gotta do it, right?  The day in and day out at this point requires little thought and even less action.

And there you have it.  The dead end job.

How do I know this is true?  When I talk to the team at Silverback, they say they get a LOT of flack for being in social media.  Their friends think it’s a joke.  It’s so far past a “buzz word”, that it’s now a cliché.  Because every other person in the room is a social media “expert”, “guru”, “rockstar”, “ninja” or any other assortment of randomly selected and self-applied titles.

Here’s the thing: The Silverback Team puts in WAY too much time and effort for anyone to call what we do “a joke”.  From developing content calendars, to calculating analytics, to developing strategic times for posts, we do these things because we understand they are tied to our overall goals.

But we get the bad name because of “lazy social”.  Because when people use social media, they don’t use it strategically.  They use it lackadaisically: there’s no attention put towards identifying their goals or capturing their audience’s attention.

And when it’s that easy, it attracts the next generation kid (or, even adult) who wants to do it because, well, just pinning and posting every day?  That sounds like the easiest job in the world.

What do you think?  Have you seen people engaging in lazy social?