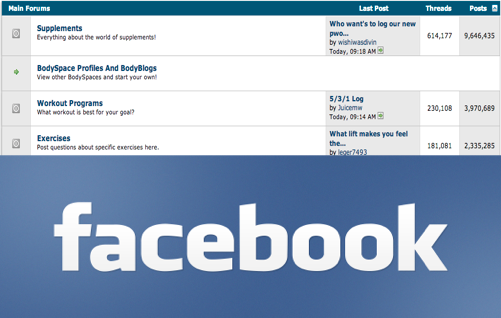 Earlier this week, Facebook announced the introduction of an entirely new algorithm known as “Story Bump.”

To give you a brief overview, Facebook has done away with “EdgeRank” – an algorithm based heavily on the timing of a post – and is now embracing the method of ‘story bump’: bumping stories that you don’t see in your newsfeed during a browsing session to the top of your newsfeed so that you can see those first during your next browsing session.

It may also be affected by the amount of likes, comments and shares that a specific post gets.  Meaning that the more interaction a post gets, the more likely it is to rise to the top of your newsfeed.

If you’ve ever used an internet forum or message board before, you’ll notice that Facebook’s concept of ‘story bump‘ is very similar to the process of ‘bumping’ a post on a forum.  A post on a message board gets ‘bumped’ each time a person interacts with said post.  Each interaction makes the post rise back up to the top of the message board.  You can imagine that very compelling, popular and controversial posts are often commented on the most, therefore they are constantly being ‘bumped’ and remain at the top of the message board.  Here are a few examples:

So, is the ‘forum’ concept Facebook’s future? It’s possible, but we don’t know for sure.  If nothing else, examining the forum concept gives us a few guidelines on how to make the most of the Facebook algorithm change.  Here are 3 tips:

First things first: The more informative, educational and compelling your content, the more likely it will be interacted with making it more likely to be bumped to the top.

Content is extremely segmented in an Internet forum. As an example, let’s take this bodybuilding forum: 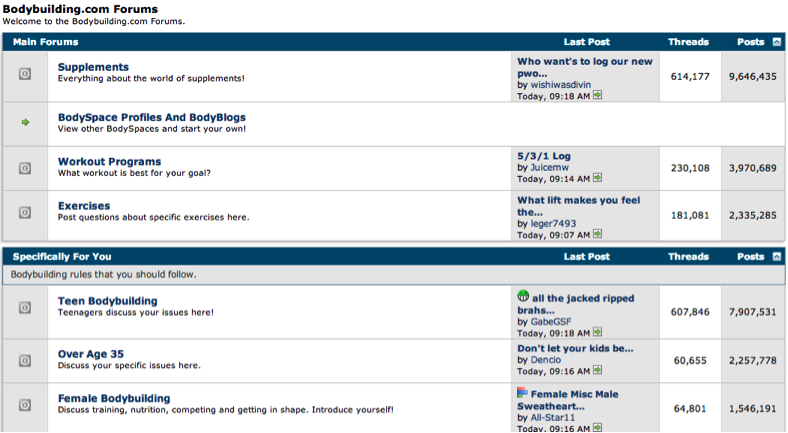 You can see that you have one board dedicated to ‘supplements’ which houses all conversations about supplements, so on and so forth which each board.

You can target ‘men’ or ‘women’ or target by relationship status, education level, etc.  So rather than just a blanket Facebook post about your brand, you can segment your post to the people who will find it the most interesting.  By putting your content in front of the right audience, you’ll grow your audience exponentially and create brand advocates because you’re sharing information that they want.

3) Shares, Likes and Comments have never been more important

With EdgeRank, it hardly mattered how many people liked, shared or commented on your Facebook post.  Now the entire Facebook algorithm is based on it, so make sure that your including a “social call to action” in at least 50% of your posts.  By a “social call to action”, I mean invite them to interact with your Facebook post: say “tell us”, “please share”, etc.  You might worry that this will dilute your post if you’re asking users to take these actions – trust me – people won’t take an action unless you tell them what action to take.  Used sparingly, these methods are extremely effective.

While I can’t say with certainty that the future of Facebook is a ‘forum style’ platform, it does seem like it’s headed to that direction.

Do you see similarities in Facebook and Internet messages or forums that you’ve used before?  Please, share with us! 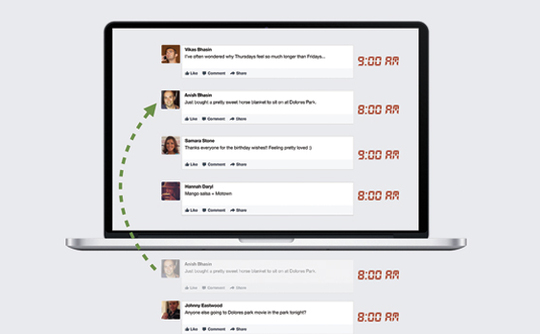